Upon review of the applications received for open positions on the AHMP board of directors, the Leadership Committee recommends the following slate of nominees for vice president-president elect, treasurer, and two at-large director positions for terms commencing in 2019. The vice president-president elect position is a one-year term, the treasurer position is a two-year term, and the two at-large director positions are three-year terms that run through 2021.

To comply with AHMP bylaws, we are accepting additional nominations from the membership. This period begins Thursday, July 5, and ends Friday, August 3. Anyone wishing to nominate themselves or someone else must do so by August 3. Please note that all new nominees must complete the appropriate nomination forms (4) found under the process section of the nominations web page. All forms must be received by the Leadership Committee chair, Michael Maheux, by no later than close of business on August 3.

If no additional nomination(s) is/are received by the close of the 30-day period, then the slate of nominees above will be confirmed as 2019 AHMP board officers and directors. 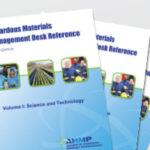